The Ascension of Dumont Dune.

I felt a calling to travel a thousand miles from the rainforest to the desert, where I spent three days watching the shifting sands and their shadows move across the landscape. There was no one but me, the wind, the sand, the Sun, and the Moon. On the final day, I found the perfect vantage point and positioned my camera. I captured the icy clouds and glistening sand. Several hours after sunset, a rare meteorological phenomenon occurred called Lunar Corona. The light reflecting off the moon’s surface was refracted in millions of hexagonal ice particles suspended in the atmosphere creating a rainbow ring around the moon on the 21st hour. It moved me. I programmed the camera to take consecutive 30-second exposures. I triggered the camera, entered the frame, and began my journey up the dune in darkness. I became the light. Every three steps, I popped my flash, which recorded onto the CCD sensor. I ascended Dumont Dune. For me, this photograph represents the ideal journey from point A to point B. Steady progress leads to leaps. I did reach the apex; however, I did not include the last set of lights in this final photograph. This image is a composite of seven exposures. Two were taken during the day, and five were taken at night. In the process of removing time or at least blurring it, it is a reminder to me that the journey itself is its own raison d'être. 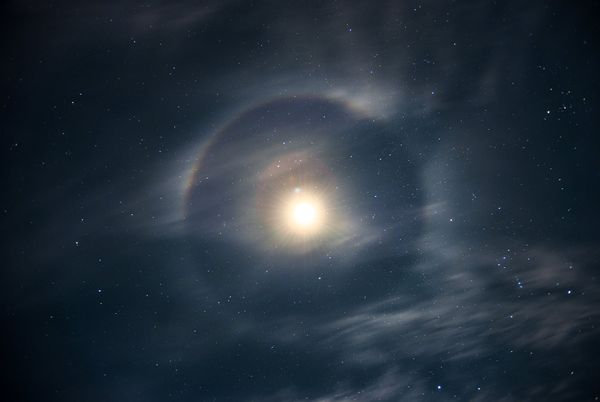 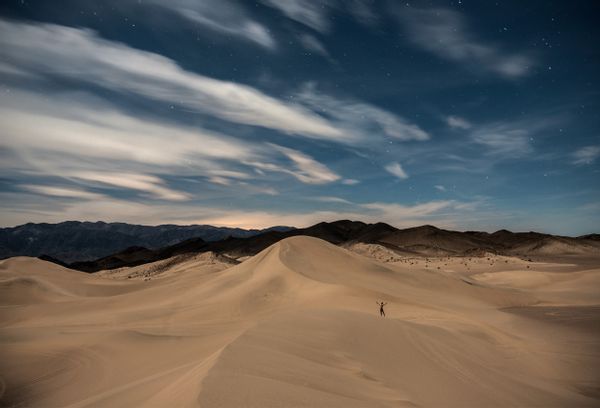 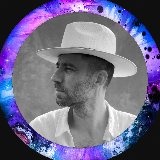